In addition to successful stints as a competitive powerlifter, bodybuilder and amateur boxer, Dustin wrestled in high school and was always drawn to training athletes in the worlds oldest and toughest sport.

In 2012, Coach Myers accepted the position of Strength & Conditioning Coach for the Ohio Regional Training Center for Olympic wrestling at The Ohio State University.  During his tenure, Coach Myers helped the Ohio State Wrestling team win its first NCAA Championship in school history, a pair of runner up NCAA finishes and 3 team Big10 titles.

Coach Myers is also a founding partner of the supplement company Max Effort Muscle.  He has appeared on the cover of Natural Muscle Magazine (June 2016) and is a regular content contributor to Flowrestling and the Muscle & Strength website.

In this Episode of Barbell Shrugged:

Nutrition and Training Bundles to Save 67%

Organifi – Save 20% on all Organifi purchases going to www.organifi.com/shrugged 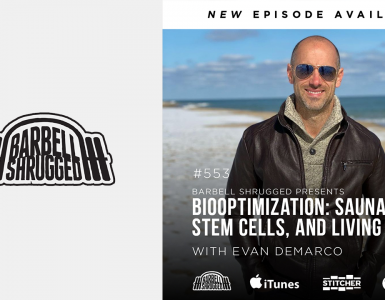 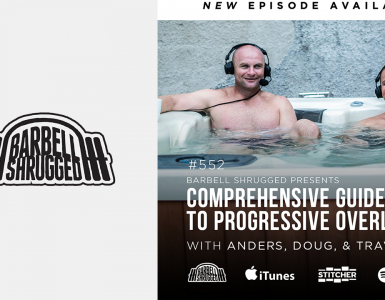 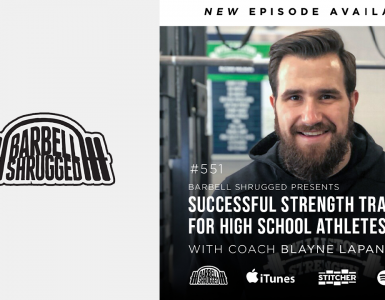 Coach Blayne Lapan Graduated from Springfield College in 2012 with a B.S. in Applied Exercise Science and a concentration is Strength and Conditioning. After graduation he spent some time working as a Physical Therapy...